PluginBoutique
Check out Drum Synths | http://bit.ly/2GBsafX Check out Plugin Deals | http://bit.ly/2GCyuUH Links to the Best Drums Synths below… 1. Drum Synth 500 (Air Music Tech) http://bit.ly/2GA9ptp 2. MicroTonic (Sonic Charge) http://bit.ly/2Gx0qt8 3. PunchBox (D16 Group) http://bit.ly/2GyRx22 4. Heartbeat (Softube) http://bit.ly/2GCyELN 5. BreakTweaker (iZotope) http://bit.ly/2GyRnrs Top Five Drum Synths 5. BreakTweaker (iZotope) http://bit.ly/2GyRnrs The second collaboration between iZotope and electronic supremo BT (the first being StutterEdit), BreakTweaker lets you program drum sounds, sequence rhythms with them, and then run wild, rawr!!! The sequencer lets you draw in patterns and run each lane at a different length, and even timing. You can select which MIDI note will play back each sound for one-shot play, or just run everything from the sequencer. BreakTweaker’s Generators give you wavetable synths with Single, Additive, Ring Mod, AM and FM modes, and you also get to download BT’s prized collection of wavetables as part of the plugin. You can randomize slices within individual steps in the sequencer, apply ‘MicroEdits’ to individual steps, stuttering them up to all heck, and apply effects to the sound on output. 4. Heartbeat (Softube) http://bit.ly/2GCyELN The first ever instrument developed by Softube, although later followed up by Modular and Parallels, Heartbeat lets you synthesise drums, modelling sounds that fit perfectly in your track. There are Single Oscillator, Dual Oscillator, FM and FM plus Noise synthesis types to get your teeth into when creating your drum sounds. With the Auto Layer Machine, Heartbeat can combine different sounds you’ve synthesised and play them at the same time, or combine them in interesting ways to spark off your creativity. You also get Softube-quality delay, EQ and reverb, plus global effects including compression. 3. PunchBox (D16 Group) http://bit.ly/2GyRx22 Boof. Ouch! That’s right – you’ve just been punched in the box by a kick drum synth from virtual drum machine veterans D16 Group. Not only can this instrument’s synth engine emulate the kicks from Rolands legendary TR-606, 808 and 909 drum machines, but it also features an original sine-based kick generator and sample-playback capabilities. There are also three auxiliary sample playback sections for enhancing your kick’s attack stage, plus Bitcrusher, Distortion, Filter, Equalizer and Limiter effects. If the thought of all that kick-sculpting functionality is a bit to much for you fear not – PunchBOX comes with a whopping 800 presets covering everything from tiny taps to sub-destroying stompers, making it a breeze to find that perfect bass drum sound. 2. MicroTonic (Sonic Charge) http://bit.ly/2Gx0qt8 MicroTonic has eight drum slots, each with the same synthesis setup. There’s an oscillator, envelope settings for level and pitch, and a noise generator that kicks out the fuzzy stuff. MicroTonic also lets you mess with velocity sensitivity, change gain and level, and apply distortion. The pattern sequencer gives you everything you’d expect classic drum sequencing: triggering, accenting, fill creation and step length. You can even morph between setups on the fly to manipulate the tone of your rhythmic machinations. 1. Drum Synth 500 (Air Music Tech) http://bit.ly/2GA9ptp Drum Synth 500 conjures its drum sounds in a few different ways, using analogue synthesis to make kicks and snares, noise synthesis to create its hats and claps, FM synthesis to generate toms and percussion, plus there are two sampler channels to load any sound to supplement your drum kit. Each drum kit element has its own controls, depending on the synthesis type, so this really does add up to bespoke drum creation. The mixer section is where you’ll find level, mute, solo, panning, and send levels for two lots of delay and reverb effects. Drum synth also comes with 50 kits, 500 drum sounds, over 500 samples, and 500 MIDI clips, so there’s tons of stuff to get your teeth into right out of the gate. #Top5Friday #PluginBoutique #DrumSynth 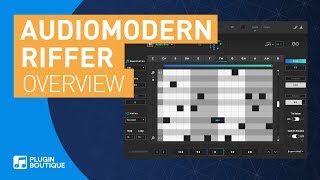 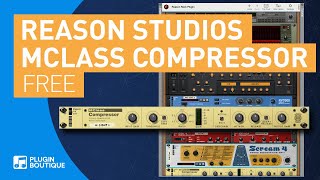 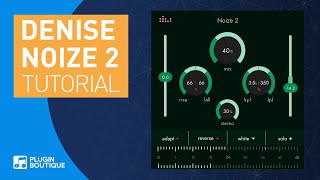 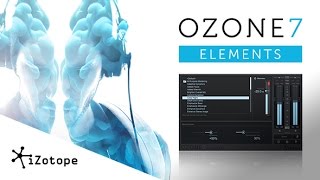