PluginBoutique
COMMENT BELOW What is your favourite Kontakt Instrument? Check Out Plugin Boutique for more Kontakt Instruments – http://bit.ly/2A6XIZ9 See All Deals on Plugins – http://bit.ly/2A7vspi In this video, producer Tim Cant runs through 5 of the most popular and different Kontakt Instruments money can buy. Top Five Kontakt Instruments are…. 5. Cassette Piano.02 (ThePhonoLoop) http://bit.ly/2A6X79R 4. Pong Glockenspiel (AudioThing) http://bit.ly/2A6ZQQQ 3. Paths II (Audiomodern) http://bit.ly/2A7gqjn 2. Revolution (Wave Alchemy) http://bit.ly/2A6Xl0H 1. Exhale (Output) http://bit.ly/2A8iR5l 5. Cassette Piano.02 (ThePhonoLoop) http://bit.ly/2A6X79R Forget the hard-drive-heavy perfectly sampled legendary grand pianos, what we’re into is the gritty business! Cassette Piano 2 features a simple upright piano, multisampled through four cassette tape desks, for that cool, lo-fi saturated sound. As well as the grungy sound sources, you also get access to Pitch and Amp envelope, Filter, two LFOs, so you can mould, morph and meld the piano signal to perfection. You can control that distinctive Tape Noise character for its Amount and Color, and tweak the Wow and Flutter of its pitch drift. When you’re done there, there are six insert effects – Phaser, Lo-Fi, Tape Saturation, Cabinet, High and Low filters – and Delay and Reverb sends to top everything off. Cassette Piano 2 is available only to users of the full version of Kontakt, slotting into versions 5.6.6 and upwards. 4. Pong Glockenspiel (AudioThing) http://bit.ly/2A6ZQQQ Do you ever get the distinct whiff of metal? It looks like AudioThing have really let one off with this instrument – a Glockenspiel played not with mallets, but with ping pong balls. The product of AudioThing’s dropped balls gives you three layers of round robin and two cross-faded velocity layers over 110MB, meaning this is one Glock that can easily deal with a machine-gun. This one’s simple but potent, and it reeks of creative journeys through sound design. Not only is Pong Glockenspiel a steal for £6.95, but you also get Pad, Ambience and Slow version of the instrument to tinker with. Again, it’s only available to full-version Kontakt overs from version 4.2 and upwards. 3. Paths II (Audiomodern) http://bit.ly/2A7gqjn A must for anyone who needs an atmospheric bed of sound in a hurry, Paths 2 gives you 25 sets of six complementary sounds, so you can easily select your starting point, and then go in for deeper tweaking. Every one of the 25 ‘construction kits’ gives you control over the levels of its elements, with basic panning and tuning for each of the layers. Then, in the FX tab, you can add, remove or modify the effects placed on a sound, with a choice of Filtering, Stuttering, Delay, Reverb, Drive, EQ and Glitching, with control over all the associated parameters of each effect. Pads is another full-version-only Kontakt instrument, from version 5.5 upwards. 2. Revolution (Wave Alchemy) http://bit.ly/2A6Xl0H Wave Alchemy describe Revolution as “The most authentic virtual drum machine ever created”, bringing you the sounds of the TR-909, 808, 606, 707, CR-78, Linndrum, Drumtraks, Drumulator, OB-DX and more inside a single interface. Each of Revolution’s 14 channels at the top remains the same whatever the weather, with Volume, Panning, and Delay and Reverb sends, as well as Solo and Mute functions for each kit element. Below this, though, the sound module lets you select your sources from some of the most lauded drum machines out there, all meticulously sampled by the sonic heathens of Wave Alchemy. Revolution will work in both Kontakt and Kontakt Player, so it’s ready to go for anyone. 1. Exhale (Output) http://bit.ly/2A8iR5l Exhale is a vocal-generating instrument designed specifically for modern music. The sounds you get from Exhale aren’t exactly words, per se, but sampled vocal chops, hooks, breaths, and other human-made sounds. In the Notes view, four macros – Dirt, Talk, Pulse and Spread – can change the character of the vocal you’ve selected at the bottom. While in the Loops view, the vocals play preset patterns which you tweak with a slightly different set of four settings – Pulse, Filter, Wet and Dirt. Slices mode messes the sounds up into scrambled sequences you can play yourself. Although Exhale’s presets cover a lot of ground, you can also go deeper into the Engine page, tweaking the source sound’s properties, the rhythmic movement of the sound, and effects like filtering, phaser and saturation. #KontaktInstruments #TopFiveFriday #PluginBoutique Check Out Plugin Boutique for more Kontakt Instruments – http://bit.ly/2A6XIZ9 See All Deals on Plugins – http://bit.ly/2A7vspi

The Best Kontakt Instruments You May Not Know About 2018 | Top Five Friday video was embedded from Youtube channel “Plugin Boutique”. Video source 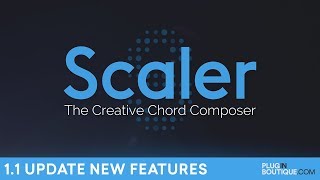 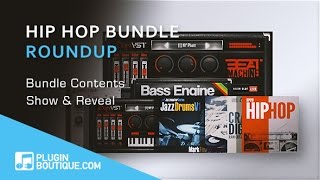 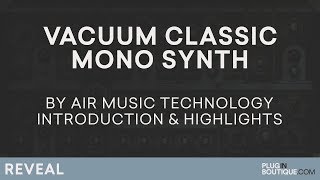 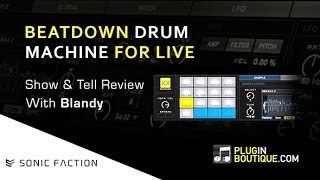